So today I am writing from the beautiful city of Roma. I love it, and I am indulging myself like there is no tomorrow. I love the coffee!! Oh my Lord, this city has the best coffee. And let’s not forget the food! Oh baby, I ate so well last night. Anyway, the other observation that I have made is that the Italian police have the most beautiful uniforms in the world. They all look so chic. I have a word of warning, be wary of where you buy ice cream. For example, the other day after a long trek around the Vatican, my fiance and I sat down for some well-earned gelato; however, our pleasure was short-lived after we were given the bill. It cost us a whopping 16 euros for just two scoops of gelato and a view of the street. Be careful where you mangere.

Ok, so as you folks all know, the World Cup is coming up in South Africa. And, it will be nothing short of  a miracle if there are no major hiccups with its organization and logistics. But, another worry that will keep security officials up at night is the threat of an al-Qaeda-style attack during the games. Any high-profile event is vulnerable to sabotage and the World Cup is no exception.

According to the AP, Iraqi security forces are detaining a Saudi individual named Abdullah Azam Saleh al-Qahtani. He was arrested following a joint U.S.-Iraqi operation in April that killed the two top al-Qaida in Iraq figures – Abu Ayyub al-Masri and Abu Omar al-Baghdadi.

He went to fight the Americans, but was later recruited by al-Qaeda. From the AP:

Documents found in the house where they were killed, including a note written by al-Qahtani detailing a plan to launch attacks at the World Cup, led to his arrest on May 3. Iraqi authorities made it public on Monday.

“We discussed the possibility of taking revenge for the insults of the prophet by attacking Denmark and Holland,” al-Qahtani told The AP. “The goal was to attack the Danish and the Dutch teams and their fans,” he added.

“If we were not able to reach the teams, then we’d target the fans,” he said, adding that they hoped to use guns and car bombs.

It was unclear whether the militants had the ability to carry out what would have been quite a sophisticated operation – a complicated attack far from their home base. The Iraqi security official said no steps had yet been taken to put the plan into motion, such as obtaining bomb-making materials.

Al-Qahtani said the plot still needed approval from the al-Qaida chain of command, specifically the group’s No. 2 Ayman al-Zawahri.

Al-Qahtani said that he and some friends came up with the idea of attacking the World Cup as a way of getting revenge for publications that appeared in Western media, and that were considered offensive to Muslims. South Africa was viewed as easier to enter than European countries.

So for all of you travelling to South Africa this summer, it won’t just be the crime that will keep you on your toes, but also the potential for a major terrorist incident. Ah, we truly live in a wonderful world! 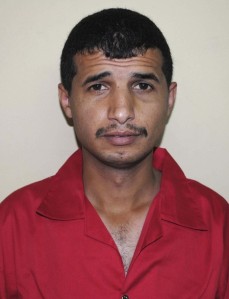