I enjoyed a fabulous afternoon in the parliament. I heard Shadi Sadr talk about the situation of human rights in Iran and it was  truly eye-opening.  Recently I was fortunate to sample the delights of fondue and chocolate on a visit to Geneva, Switzerland. It  is one of the most manicured and well-healed places on earth. It is no wonder that it has become a favourite destination amongst the world’s wealthiest folk, not least of all, wealthy Saudi sheikhs, who come for the beauty of its lake,  medical treatment and Swiss watches. It is also popular with  members of the Saudi royal family, who are looking for a place to escape from the cloistered surroundings of the capital.

The Saudi Royal family, or House of Saud, have been in control of Saudi Arabia for over seventy years. It was in 1932 that Ibn Saud managed to consolidate power across the Arabian Peninsula with the help of the followers of Ibn Abd al-Wahhab.  From then on, his descendents have ruled over the kingdom. However, the territory was destined to be a back water, except for one small reason–oil.

Saudi Arabia’s current royal family continue to live off the fruits of this precious commodity. It is estimated that there are seven thousand Saudi princes, and the numbers continue to climb.   Since they are responsible for running the kingdom, it is not surprising that factions exist and heated disagreements erupt about succession.

The current monarch, King Abdullah ascended the throne in 2005, but was not the favourite since he was deemed to favour reigning in excessive spending . He put an end to Saudi Arabian Airlines reserving business class seats for the royals, and stopped summer holiday allowances. King Abdullah’s predecessor Fahd was no miser. In his heyday, him and his entourage would often spend $5 million a day during visits to his palace in Marbella. According to Forbes Magazine, Abdullah’s personal wealth is estimated to be in the region of $1.9 bn.  Other wealthy royals include Prince Al-Waleed bin Talal, who has made billions through his own enterprises, and also owns stakes in Citigroup and News Corp. He owns 747s, mega yacht and has ordered a A380 to be delivered next year.

Yet for the vast majority of Saudis royals, in particular its male members ,who have similar ambitions to own yachts and aeroplanes, the way to earn cash is often a lot less clear or honest. Many earn it by securing commissions for business deals and land grants. Others have borrowed from Saudi banks and in many cases have failed to pay back their loans. More serious are the reports that some Saudi royals have taken bribes from construction companies, sold visas to guest workers, and taken part in arms deals.

Saudi Arabia may still be one of the largest producers of crude oil (20% of the world’s proven oil reserves), but its economy is in serious trouble. In 1981, per capita income was estimated to be roughly $28,000, but by 2001 that figure had dropped to $6,800. This is coupled with a galloping birth rate and its royal family are responsible for providing a host of social benefits including: free health care, interest-free loans, free tertiary level education and cheap energy. What is frightening for the kingdom, as its oil revenues start to dwindle, is its massive dependence on foreign workers. In 2003, up to 70% of all jobs in Saudi were filled by foreign workers.  Other than financial, there is little incentive to stay in the kingdom given its social restrictions and the government’s reluctance to grant passports to foreigners.

Education is suffering  as it is falls under the supervision of Wahhabists, which means most Saudis are  unable to compete in fields such as science and engineering. They are unprepared for  the international job market. There is little chance that the royal family will change the system since it relies completely on the support of the clergy for its own legitimacy, who are not ashamed to criticize the ruling family. Saudi princes are perceived as corrupt, who engage in drunken parties and brattish behaviour . They are not only disliked within Saudi Arabia, but they have earned the ire of the entire Arab world due to their close links to the US. This could not be better illustrated by the amount spent on arms. In 2008, Saudi Arabia spent US$36bn on defence.  According to the Stockholm International Peace and Research Institute, major defence contracts with the US have been secured in recent years. These include:  84 F-15S combat aircraft, 72 UH-60 transport helicopters, 70 AH-64D combat helicopters and 6 P-8A maritime patrol aircraft.  The military plays an important role in safeguarding the country’s vital assets and preventing conflict overspill from countries such as Yemen.

The royal family is behaving the same way any kleptocratic regime behaves when it feels vulnerable: keep the military happy and well-feathered. Saudi Arabia may have gleaming shopping malls, modern offices and Cadillac Escalade filled streets, but many of  its social practices are straight out of the Middle Ages. In the capital city Riyadh, public executions regularly take place  in Deera Square, but commonly known as “chop-chop” square. Women are forbidden to drive; cinemas are banned and it is difficult for men and women to mix. Tourism is almost non-existent and discrimination against non-Muslims and Shias  is commonplace.

Saudi Arabia is treading on thin ice or rather unsteady sands, because unless serious attempts are main to diversify its economy and inspire local entrepreneurs, it will be only a matter of a few years before Saudi society starts to fragment and in the worst case, become a tinder box where even the smallest upset could invoke a backlash that will send the royals flying and allow islamists to remould the oil-rich territory into a wahhabist paradise.

The oil at best will last until 2050, which is not far off, and Saudi Arabia has to compete with Russia, Central Asia and Canada. Human resources are the only form  of sustainable energy that the kingdom can produce . Unlike many of its neighbours, it has the means with which to build world-class institutions  and centers of learning.

However, only time will tell if the House of Saud is willing to put its neck on the line and risk opening itself up to the world 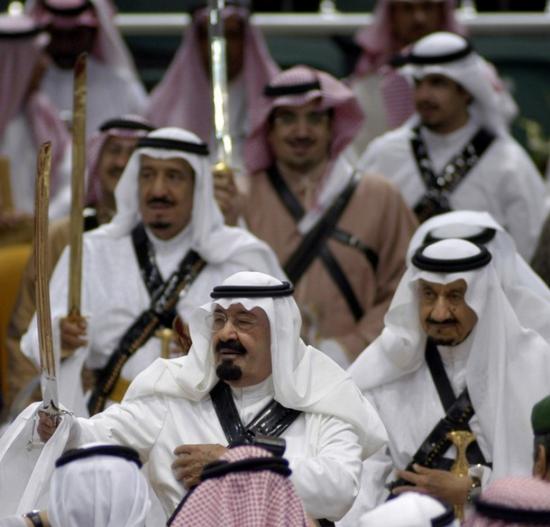